Megan says: “When Conor & Keila first reached out to me last year about their intimate elopement in the redwoods, it was one of those moments like, “Wow, I can’t believe that my job involves running around with some newlyweds, in their beautiful wedding attire, in a redwood forest!!!” I am still convinced that I have the coolest job in the world, and the more I learned about Conor & Keila the more excited I got.

On January 13, 2018, I arrived in Armstrong Redwoods State Park and headed towards the picnic area where the ceremony was being held. After a short, sweet ceremony, I got to capture some sweet group pictures with Conor & Keila’s closest family and friends – including Keila’s family’s golden doodle named Luna. Then we headed into the woods and around some dirt roads to capture their first moments as newly weds.”

Our wonderful couples from all over the world 😊

You can send us an email and we'll get back to you, asap. 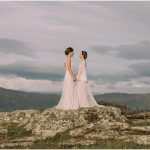 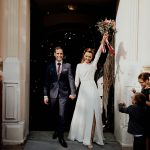